On a lovely sunny day we had a great turnout for our club open day last Sunday. Thank you to everyone who came along, brought food and drinks, and made it a special occasion. Special thanks to Robin and Carol for another superb BBQ.

We hope to see some of the visitors again. You’re all very welcome to come and play – check out the days & times on the Club Sessions and Special Events page on our website here

Here are some pictures: 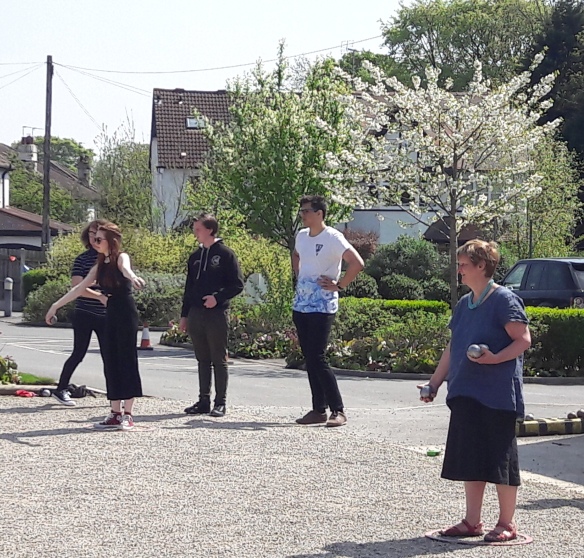 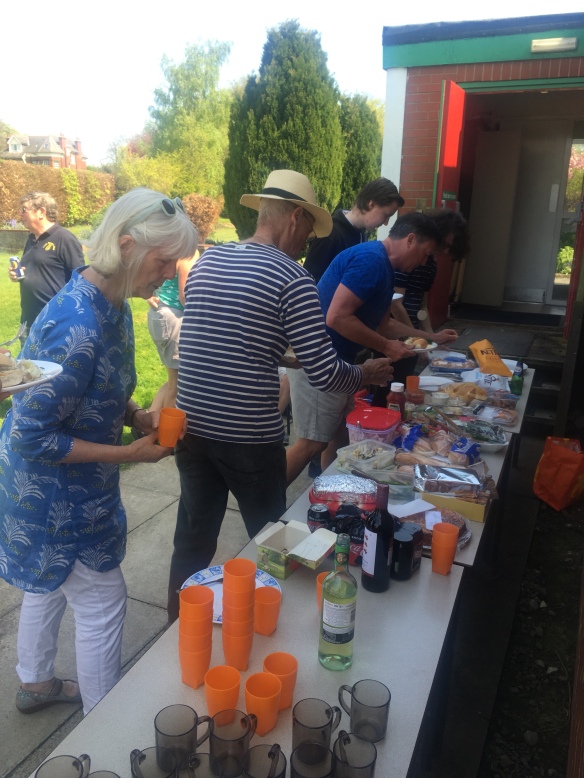 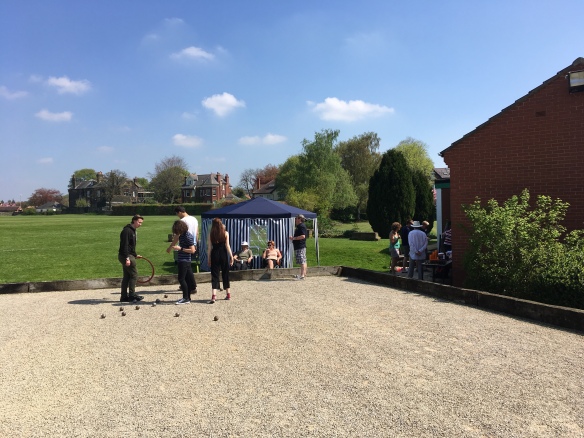 Just a reminder it is our club open day tomorrow starting at 11am. Please invite friends and family to join us to have a go at playing Pétanque.

We have the BBQ and some of you have kindly offered to bring other bits of food. Please bring what you can; salads, pies, cakes, biscuits and drinks etc. all welcome.

We are meeting a bit earlier tomorrow, at around 1030am, to get setup if you can come help out.

Please note; a photographer who works on some local magazines has asked if he can take some pictures tomorrow. He is called Ivor and will ask your individual permission if he can takes snaps of you. We hope you won’t mind and it may be helpful to attract some more members if they are published. 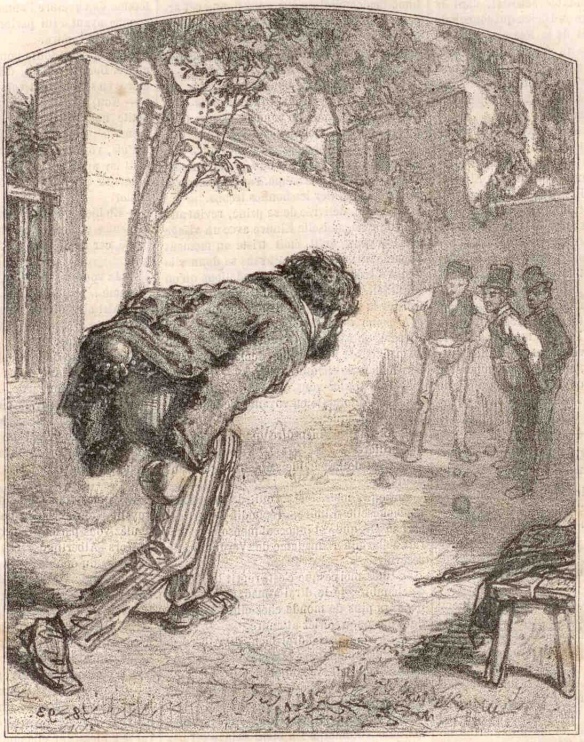 Following on from Sam’s interesting update on the banning of jeans for Pétanque players in France taking part in competitions. The Daily Telegraph paper picked on the story and commented on ‘bouliganism’; fiery incidents happening between Petanque players.

Have a read here: news

Looking forward to our Open Day on Sunday. See you there,

On Sunday 6th May from 11am we have our Club Open Day taking place. Please invite your friends and family to join us to try out a game of pétanque. We will also be holding another fantastic barbecue thanks to Robin and Carol. So come along with all your mates and keep your fingers crossed for good weather!

Beyond the BBQ please can our kind and generous members bring salads, Spanish frattas, drinks and cakes.

Please bring a dish if you can. If you can come early to help set it all up as well that would be great too.

A 31-year-old Frenchman has died after a metal ball used for playing the traditional French game pétanque exploded in his barbecue.

All please be careful over summer now the BBQ season appears to have arrived. 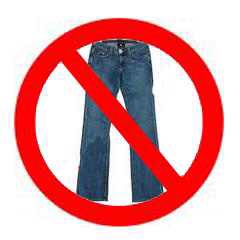 Big revolt in my old holiday spot. Jeans have now been banned in national qualifiers by the Federation. Nimes is of course where denim was invented (coton de nimes).

Les lads are up in arms, its their national dress in these parts after all.

They are holding jeans clad protest games this weekend.

Just a reminder we need you to volunteer for the WY League matches and try out your skills in competitive games.

Pam is organising the teams and bringing along a list of the dates and times of the games to our club sessions so you can add your names.

Please don’t be shy and if you’d like to play just let me and Pam know. All abilities are welcome and especially those who haven’t had much experience of match play before.

Team entry available on the website along with loads more information,

3. There were no matters arising

5. Treasurer’s report showed the club’s accounts remain in a fair position. Main expense was the ground rent for last two years. A concern was raised we are not rountinely collecting membership fees from new members. It was agreed that fees will apply to new members following attendance at three club sessions. An updated membership list will be displayed on the equipment cupboard door at clubhouse to ensure held contact details are correct.

6. The existing officers for club chair, captain and secretary stood for re election and were appointed.

7. It was confirmed 2018 will include repeating our support for the Waterfront festival and Kirkstall Abbey festival. Playing in the new West Yorkshire league and York league.  Plus we will have some further professional coaching from the English Petanque League trainers. Neill to organise.

8.  Agreed the annual club members fees will be £15 for the year. Collection will start now. Members to give to Mike.

9. More club fleeces and polo shirts were needed and it was agreed it would be looked into. We will look at both sponsorship and the possibility of members purchasing their own to cover the costs. James to investigate.

10. Agreed to look at different locations for our club Christmas do this year. Steve to do.

11. Although still to receive planning permission, Richmond House school are proposing to extend their classrooms by building on the grass next to the carpark. The likelihood of this is that our terrain will be used to store equipment or for access to the site. Paul has met with the headteacher and groundskeeper, and they have agreed we use an alternative site over in the corner near the top gate. (It is where the tennis courts were previously located). It will need preparing for use with wooden boundaries and gravel laid. It is anticipated that we would need to be using it by October for a minimum of eight months but not confirmed until the school works are agreed and signed off. Further discussions to take place through the year. There will be a cost to the new setup and we need to agree how this will be financed.

12. Last year we enjoyed having a few new regular members join us from Spain and France. Unfortunately, they have now left the UK. We all agreed we should actively try to recruit some more members beyond using the regular festivals. We are going to place an advert in the North Leeds Life magazine and approach the university / language schools to let them know about the club and opportunity to play Pétanque.

The agenda for today’s Annual General meeting is as follows: